Midshires Grasstrack Club was formed in 2008 by a group of Grasstrack enthusiasts.

Based in the Midlands area we have run successful meetings at Bradley Green Redditch Worcs (British Under 21 Championship), Cleeve Prior Evesham Worcs (500 sidecar Championship Round), Chetton Bridgnorth Shropshire and for five years we have held our national event the Master of Midshires at Leamington Victory Clubs venue. For our 10th Anniversary Midshires moved the Master of Midshires meeting to a fantastic venue at Lower Fosse Field, Fosse Way, Leamington Spa, CV31 1XJ.

2019 was our biggest meeting to date when we staged the FIME European Grasstrack Championship Semi Final with the Master of Midshires as support.

2020 sees us being chosen to hold the FIME European Grasstrack Final. This is a great honour to stage this prestigious meeting on behalf of the FIME, ACU and Great Britain.

Our aim as always is to promote the great sport of Grasstrack racing. 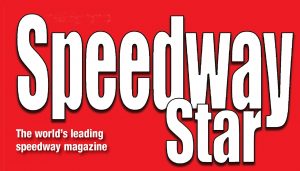